CAMBRIDGE, United Kingdom, Dec. 31, 2022 (GLOBE NEWSWIRE) — Astex Pharmaceuticals, UK, congratulates Harren Jhoti, PhD, FRS, FMedSci, its co-founder, President and CEO on being honoured in the 2023 King’s New Year Honours list. Dr. Jhoti has been made an Officer of the Order of the British Empire (OBE) for services to Cancer Research and Drug Discovery.

Dr. Jhoti co-founded Astex in 1999 to pioneer the development of fragment-based drug discovery (FBDD), a ground-breaking new approach now widely used in the pharmaceutical industry, and which the company has used to help discover two new marketed cancer medicines, Kisqali and Balversa. As a passionate advocate for the UK life sciences sector, Dr. Jhoti has been a prominent figure highlighting the strength of the life sciences ecosystem in Cambridge as well as more widely in the UK and overseas.

Prof. Sir Tom Blundell FRS, an Astex co-founder and Board member, commented, ‘‘This honour is very well deserved. It underlines Harren’s qualities as an innovator, entrepreneur and leader at Astex. Harren has been the main driver of Astex’s success in developing new medicines using structure-guided fragment-based methods for oncology and diseases of the central nervous system. He has proved to be a visionary, not only in science, but also in managing the team at Astex in a non-hierarchical structure, encouraging innovation by individuals in a multidisciplinary approach to early discovery. He has also successfully developed collaborations with large pharma companies in Europe and USA and the Japanese company Otsuka to ensure success in clinical trials.”

Paying tribute to his colleagues and collaborators, Dr. Jhoti said, “It is a great privilege to receive this honour. This award recognises the contribution that I have made in some small way to the development of Astex, but I share it with all of my colleagues, past and present, and with our collaborators who have helped contribute to the success of our company. As scientists, we hope that our discoveries will make a difference to patients, and as entrepreneurs, we strive to build sustainable companies to translate those discoveries into significant new medicines. At Astex we, as a team, are fortunate to have achieved both goals. The company has also greatly benefited from the growth and development of the UK life sciences sector in the last 20 years into a leading international powerhouse.” 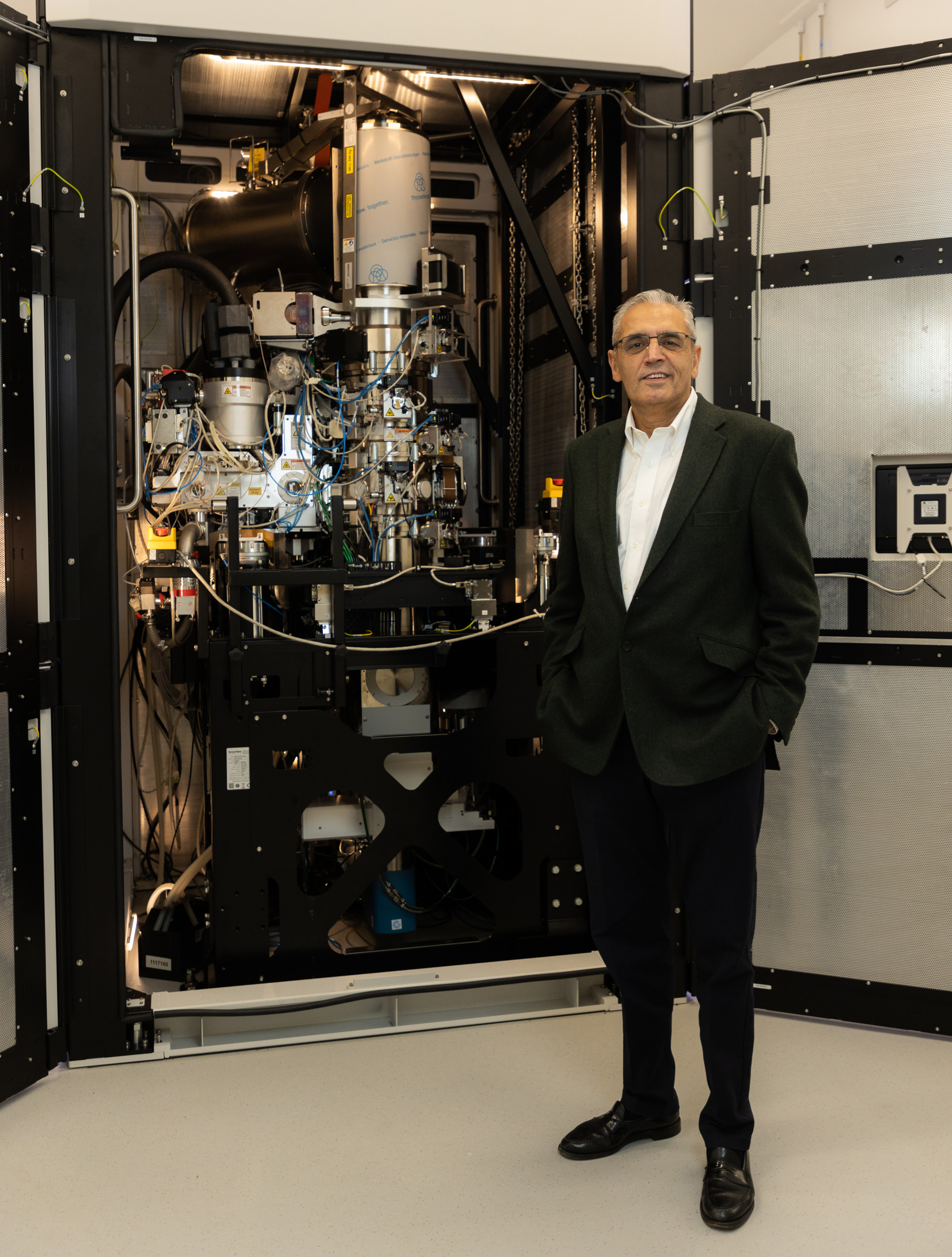 Harren Jhoti co-founded Astex in 1999 and was Chief Scientific Officer until November 2007 when he was appointed Chief Executive Officer. He was elected a Fellow of the Royal Society in 2018, the Royal Society of Chemistry in 2016, and of the Academy of Medical Sciences in 2015. In January 2018 he was honoured with a Lifetime Achievement Award from the UK BioIndustry Association (BIA). In 2019 he was made a Fellow of Birkbeck College, London, his alma mater. He received the Prous Institute-Overton and Meyer Award for New Technologies in Drug Discovery from the European Federation for Medicinal Chemistry in 2012 and was also named by the Royal Society of Chemistry as “Chemistry World Entrepreneur of the Year” for 2007. He was made an Officer of the Order of the British Empire (OBE) for services to Cancer Research and Drug Discovery in December 2022.

Dr. Jhoti has published in Nature and Science, and was featured in Time magazine after Astex was named a Technology Pioneer by the World Economic Forum in 2005. He has served on the board of the BIA, the UK BioIndustry Association and currently consults for life science venture capital firms. Before founding Astex in 1999, he was head of Structural Biology and Bioinformatics at GlaxoWellcome in the United Kingdom (1991-1999). Prior to Glaxo, Dr. Jhoti was a post-doctoral scientist at Oxford University. A British Asian, he was state educated in Swindon and went on to study at the University of London where he received a B.Sc. (Hons) in Biochemistry in 1985 and a Ph.D. in Protein Crystallography in 1989.

Astex is a leader in innovative drug discovery and development, committed to the fight against cancer and diseases of the central nervous system. Astex is developing a proprietary pipeline of novel therapies and has a number of partnered products being developed under collaborations with leading pharmaceutical companies. Astex is a wholly owned subsidiary of Otsuka Pharmaceutical Co. Ltd., based in Tokyo, Japan.

A photo accompanying this announcement is available at https://www.globenewswire.com/NewsRoom/AttachmentNg/3f316a69-8dd5-419a-b01e-8a027f30d9e4