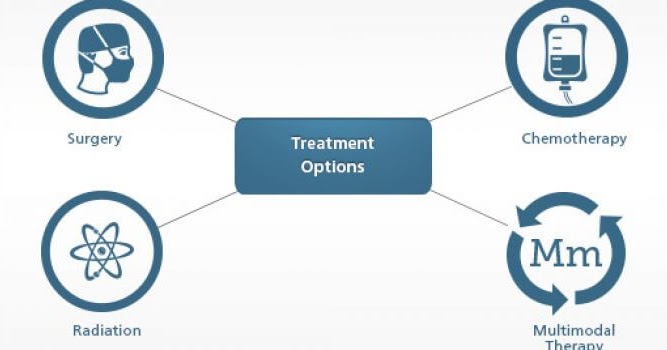 Mesothelioma is an aggressive type of cancer. It is often diagnosed late, and it is often difficult to treat by the time it is discovered. Mesothelioma is cancer of the mesothelium, tissue lining the body’s organs. The most common form of this cancer affects pleura tissue around the lungs and is most often caused by exposure to asbestos. Typical treatment plans are multi-pronged, using some combination of chemotherapy, surgery, and radiation. However, research into mesothelioma is helping to develop new, promising types of treatment that may extend and save more lives.

This is a relatively new cancer treatment that uses drugs that are activated by exposure to light. Part of the problem with traditional chemotherapy is that the drugs circulate throughout the entire body, killing any fast-growing cells. The result is a lot of uncomfortable side effects for patients, such as nausea, pain, and hair loss.

Photodynamic drugs also circulate in the body but are harmless until activated by light. Once the drug has accumulated in a tumor, a light can be inserted in the chest cavity and directed only at the tumor. This activates the drugs, which then begin to act on the cancer cells only. Photodynamic therapy is currently being tested in clinical trials.

Another way to get around the lack of specificity with most chemotherapy drugs is to develop drugs that are more targeted. This is one of the biggest areas of research for mesothelioma, and several targeted drugs are being studied right now.

Some of these drugs will specifically recognize and target a protein called mesothelin. This protein is more prevalent in mesothelioma tumor cells, so the new drugs will be more likely to kill cancer cells than healthy cells. Clinical trials for targeted drugs are ongoing and have had some promising results.

One study, conducted at MD Anderson Cancer Center, used a drug that targeted gene mutations specific to mesothelioma tumors to treat patients in a clinical trial. The overall survival for patients receiving the targeted drug was 15 percent at three years and six percent at ten years. This is as compared to the control group with overall survival of just seven and one percent.

Also new in cancer treatment generally and specifically being researched for mesothelioma patients is viral therapy. The idea behind the treatment is to develop or manipulate a virus that will seek out and attack cancer cells in the body and not harm healthy cells. This kind of treatment is in early stages of research and clinical trials but shows a lot of promise.

Gene therapy is another emerging strategy for treating mesothelioma and other types of cancer that uses viruses. Researchers are taking viruses and modifying them to change the genetic makeup of cancer cells. The viruses are injected into the space between the pleural tissue layers around the lungs where they infect cancer cells.

The infecting viruses then insert new genes into the DNA of the cancer cells. This makes them weaker or in some way easier to attack and damage. For instance, the new gene may change cancer cells in such a way that the immune system recognizes and attacks them.

Using the body’s own immune system to target and kill cancer cells is not a new idea, but it has really taken off in recent years. There are different approaches to immunotherapy, including removing immune cells from the patient’s body, manipulating them so that they will target cancer cells, and then injecting them back into the body.

Researchers are also working on targeted immune drugs. These are drugs, like tremelimumab, that are designed to attach to immune cells and essentially take the brakes off of them. This, it is hoped, will stimulate the immune system to be more aggressive and to attack and damage cancer cells.

Emerging treatments for mesothelioma, a cancer traditionally very difficult to treat and with poor outcomes is exciting and is making great forward strides. For patients living with this cancer, and their families, the hope for the future is a little brighter.

Do you need to raise your next Funding round? In-Licensing / Out-Licensing of your assets? Distribution / Commercialization of your products? Want to create a spin-off with your IP?

Do you need a specific database in Healthcare (researchers, Biotech/Pharma companies, CRO/CDMO, etc.)?